For Global Togetherness: Carry The Earth at CERN 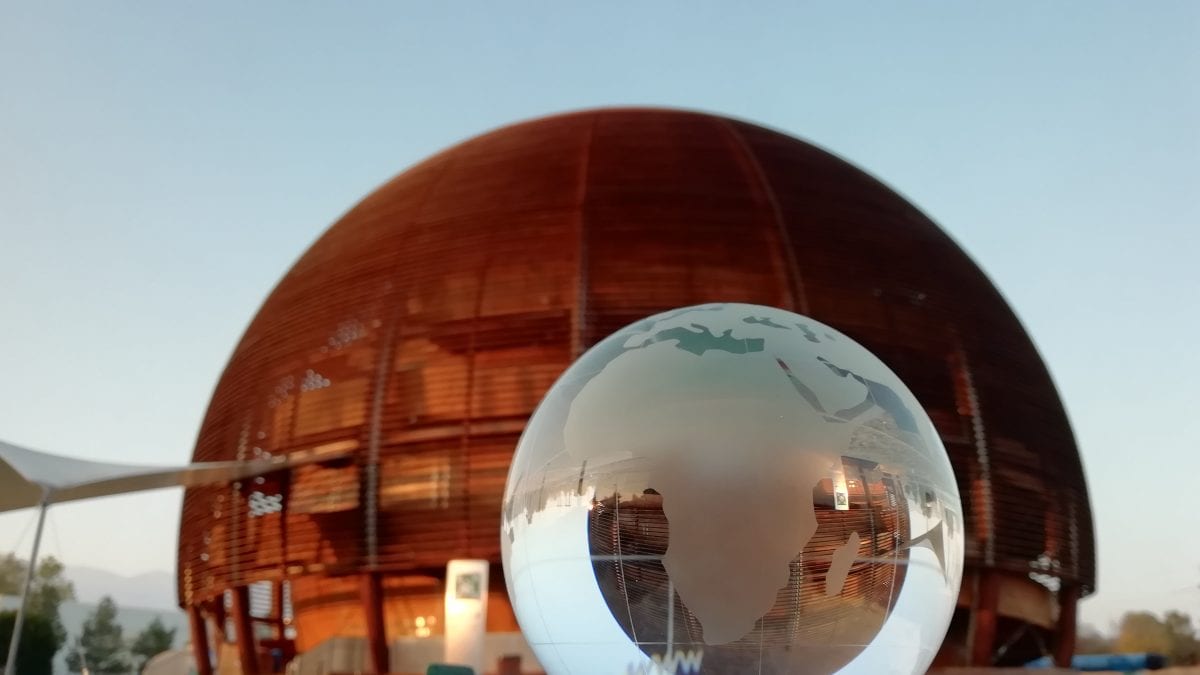 My name is Ruth, I’m 27 years old and I live close to Bonn in Germany. I am a PhD student in experimental particle physics at the University of Bonn and my research has to do with the Large Hadron Collider at the European Centre for Particle Physics (CERN) close to Geneva, Switzerland.

In June this year I attended a summer school organized by CERN in the south of Italy for PhD students in high-energy physics all over the world. During an outing on one of the rare lecture-free days during the school I remember sitting on a pebble beach with a group of other students, who were discussing politics. Not such an unusual situation among young people you might think. Well, this one was a bit, since two students were Israeli, and one student was from Lebanon and they were discussing the middle east conflict. Of course the exchange was quite intense, but factual and respectful. In a pause the Lebanese student suddenly laughed and said: “You notice, it would be absolutely unimaginable to have a conversation like this back at home or pretty much anywhere else?” This made me think.

I chose to bring Carry The Earth Globe #11 to CERN because for me this organization represents something that is essential to establish if we ever hope to achieve global environmental goals; something that has not been the most popular in global politics recently: I’m talking about peaceful multilateral cooperation between people of different nations.

At CERN, people of 113 different nationalities work together. This includes both negotiations at national level as well as day-to-day collaboration between individuals.

Of course I’m not saying that in our community everything is rosy all the time, and sometimes cultures can clash in unexpected ways and situations. However when you look at the big picture, the huge scientific projects that are being realized at CERN crucially rely on collaboration at international scale. Only in this way it is possible to efficiently build and operate machines like the Large Hadron Collider, a 27 kilometer circumference accelerator crossing the borders of two European countries, smashing protons together at nearly the speed of light to create a fascinating universe of particles, which then are recorded by detectors that are bigger than your house and have more than a hundred million sensitive elements.

How come this works at CERN if it turns out to be so difficult in other areas? Amongst other things science is characterized by a unique social structure that comprises a mixture of competition and collaboration between its members across nations, genders and age groups. Of course the scientific community itself is not always monolithic and united and there can be quite dynamic periods of change. But again looking at the big picture we are all supporting the common goal of gaining knowledge, of finding out more about the universe we live in.

If finding out about the universe can be a global effort where people from all over the world collaborate peacefully, why can’t we make saving our home planet a global effort, too? Perhaps we can learn something, not only from scientific results, but also from the social structure of science, about how to work together more efficiently towards our common goal as humans: To preserve and to protect our home in the universe, Planet Earth.

I’m including some pictures of Earth #11 taken at CERN. As a physicist I am absolutely fascinated by the optical effect you can achieve with the glass sphere (also the fact that you can light matches with it in the sun – so please, everyone, pay attention to Ronnies safety instructions! 🙂 ). 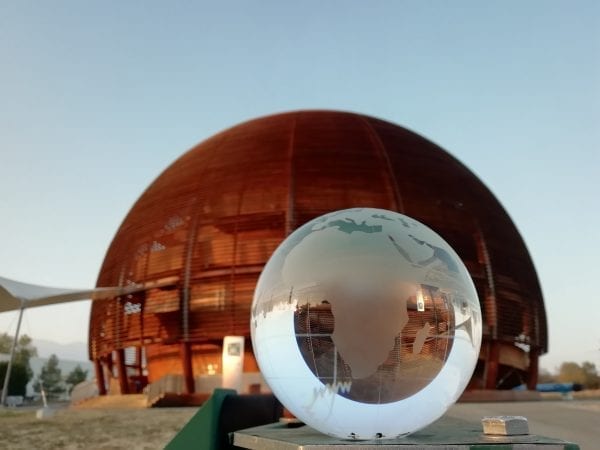 Big Globe and Little Globe: The Globe of Science and Innovation in front of the CERN main entrance. This spherical building made entirely out of timber, once part of the Swiss national exhibition, now has become an iconic symbol of CERN. The Globe is meant as a reference to Earth and to sustainable development. (for more info, see: https://visit.cern/globe) 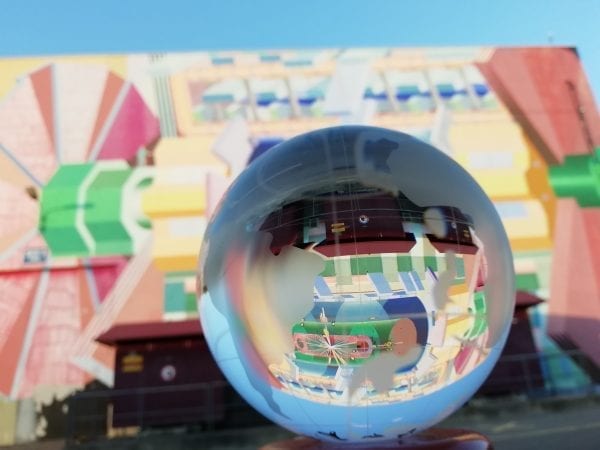 Globe #11 in front of the Control Center of the ATLAS Experiment: American artist Josef Kristofoletti created this three-storey-tall mural of the ATLAS particle detector (located in a cavern one hundred meters below ground under the shown building) in 2010. Fun fact: The real ATLAS detector is three times as big as this mural. (more infos on ATLAS: https://atlas.cern) 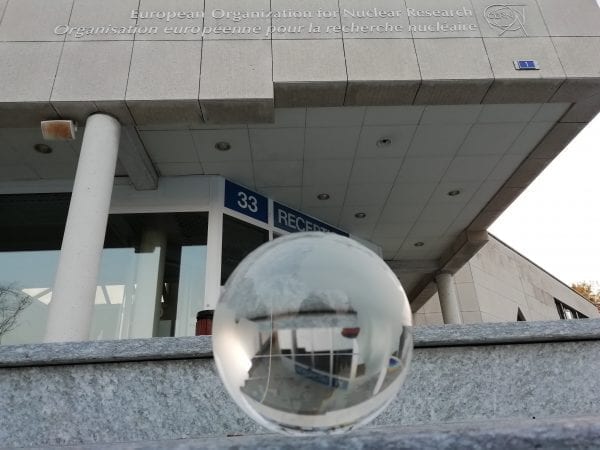 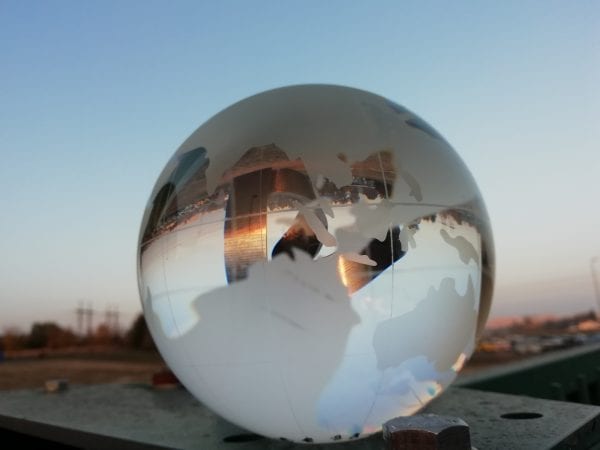 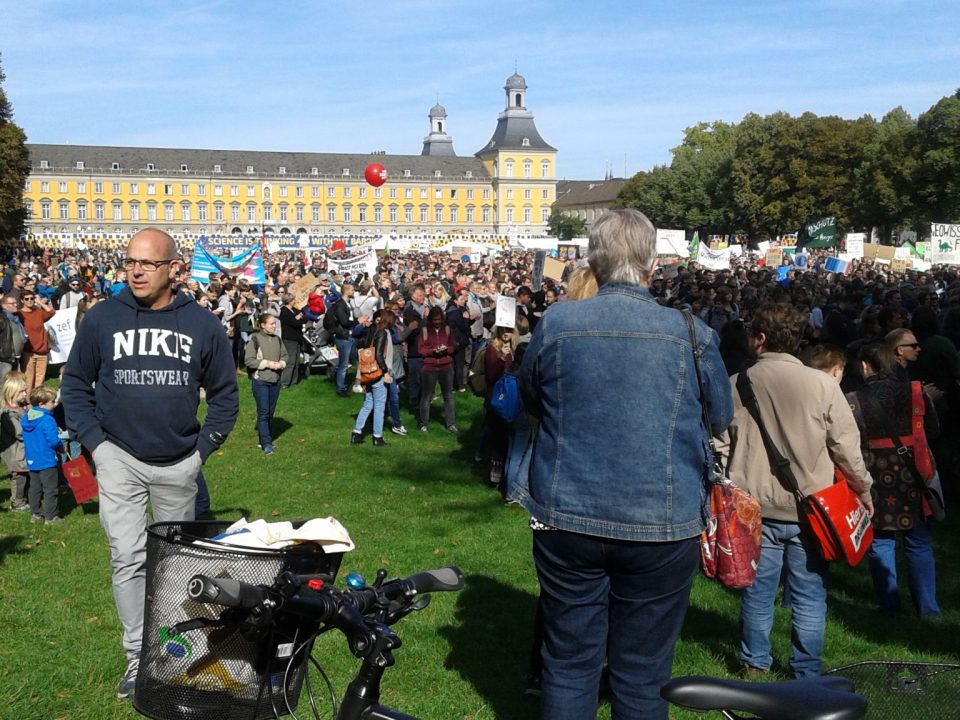 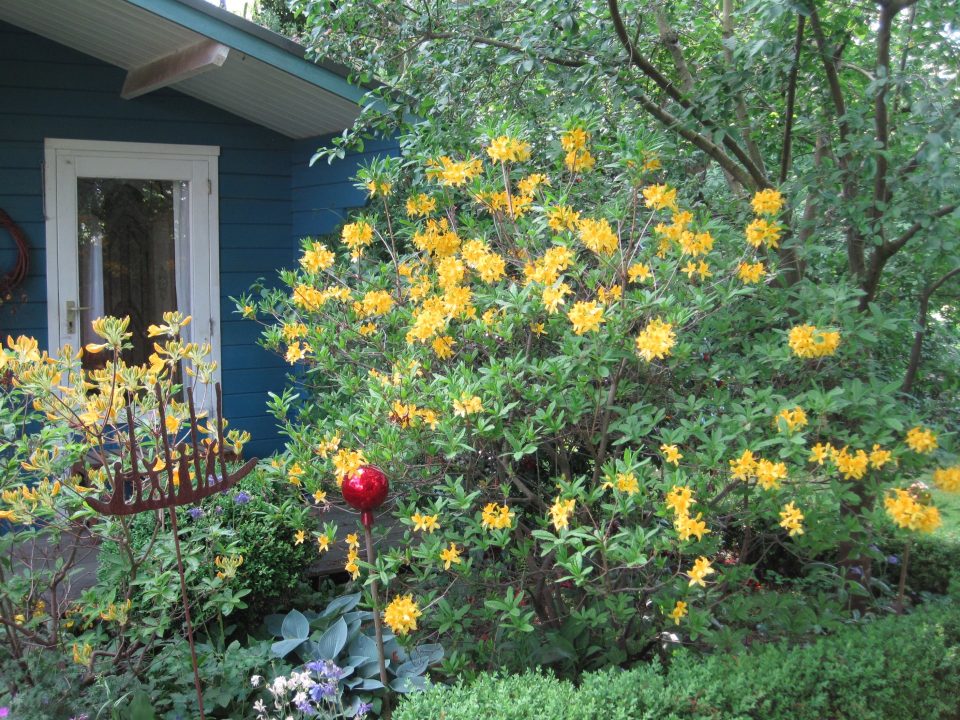 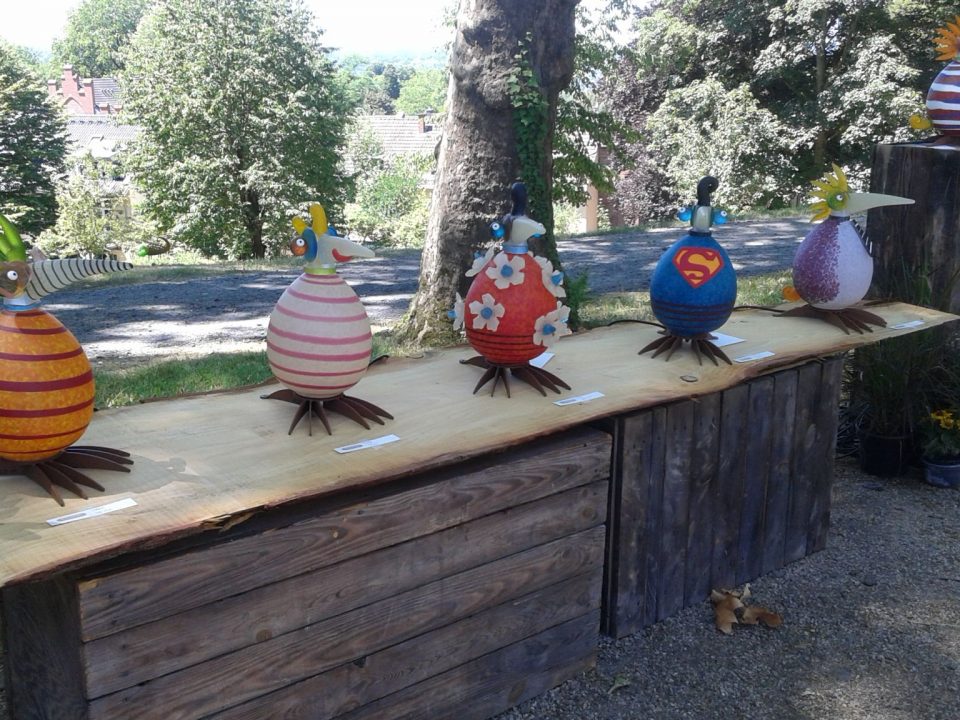